What Did Critics Think Of Hannah Gadsby's Douglas?

After becoming an international sensation with her seminal show Nanette Hannah Gadsby has arrived on the off-Broadway stage with a five-week run of her brand new show, Douglas. What did the critics think of this hotly anticipated follow up?

The New York Times was full of praise for the stand-up come theater performance, saying that this "follow-up to the startling and divisive 'Nanette' is just as startling and probably just as divisive". They continued with "Some of it, as she has promised, is relatively ordinary though still funny) comic material built on easy targets (golfers, anti-vaxxers) and formulaic punch lines and puns...but those are palate cleansers, lowering the audience's defenses before the main course arrives."

TIME commented on the cleverness of Gadsby's Douglas saying "She doesn't like surprises, she says; knowing to anticipate the pleasure of a joke only amplifies the satisfaction of hearing it. And it works; when she finally delivers the devastating Louis CK mic drop that she promised at the top of the show, it's an electric moment."

It looks like there is no stopping Hannah Gadsby! Don't miss your chance to see Douglas at the Daryl Roth Theater (playing through to August 24), and book tickets here. 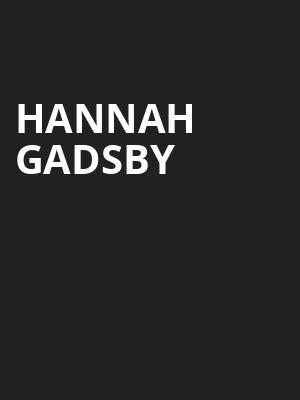