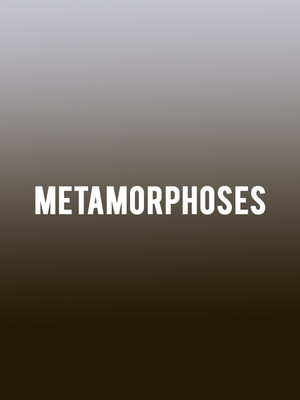 Ms. Zimmerman makes an ardent and eloquent case for the importance of a personal mythology that gives order to the chaos of suffering.

Winner of the 2002 Tony For Best Direction

First performed in Chicago in 1996, Mary Zimmerman's Tony-winning drama Metamorphoses enjoyed a record-breaking run in the Windy City before it set alight Broadway in 2002. Enchanting, poignant and profoundly sorrowful, the production weaves together the ancient myths of Ovid in a whirlwind of symbolism that still echoes in a modern world, blurring the lines between the primal and the spiritual, dreams and reality.

Performances of Metamorphoses are composed around a central, rippling pool of water in and around which its ensemble evoke well known Greek mythology and characters, from Orpheus and his journey into the underworld, to Pandora's Box and the Odyssey. Their thrilling stories all bear common themes of grief, separation, isolation, transformation and rebirth, making for a stunning, thought-procoking watch layered with catharsis.

Seen Metamorphoses? Loved it? Hated it?

Sound good to you? Share this page on social media and let your friends know about Metamorphoses at Wurtele Thrust Stage.