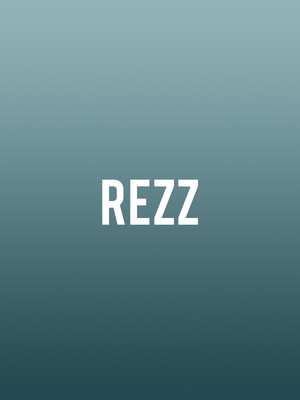 This new comer has a sound beyond her young years

Rezz Is Bound For Great Things

Genre-defying producer Isabelle Rezazadeh, AKA Rezz, has been heralded as the future of EDM. The 23 year old phenomenon experiments with deliciously dark techno, drawing comparisons to Trent Reznor and Gesaffelstein from applauding critics. Don't miss this rising star as she hits the road!

For someone so young, Rezz and her mature, underground techno stylings have already caught the ears of the likes of Deadmau5 and Skrillex, building up a steady and faithful following with free releases on Soundcloud.

Her debut album, Mass Manipulation was released in 2017 under Deadmau5's record label and featured tracks 'Relax' and 'Premonition'. Following her debut album, 2018 saw the release of Rezz's second album, Certain King of Magic; which aptly follows a magic styled them.

Sound good to you? Share this page on social media and let your friends know about REZZ at Minneapolis Armory.