Sorry! You missed The Head and The Heart at Minneapolis Armory 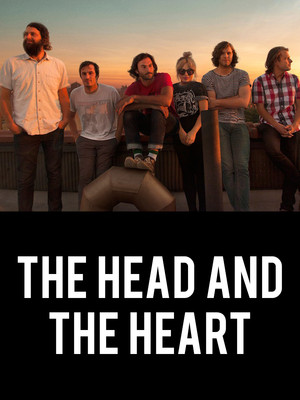 The Head and The Heart

Why See The Head and The Heart?

Back on the road

Indie folk darlings The Head and The Heart are heading out on tour to bless your ears with their plethora of hit tracks and a first listen to some brand new music! Formed in 2009 the six-piece have enjoyed a stratospheric rise to stardom. Their 2016 release Signs of Light saw the group hit the top five in the US charts!

The Head and the Heart released their major-label debut in 2013 since then, The Head and the Heart have seen their popularity rise the wave of Indie Folk revival alongside the likes of Mumford and Sons and Lumineers. Comprised of six members, the band specialise in sweeping romantic sentiments and the beautiful harmonies of lead singers Josiah Johnson and Jonathan Russell. Catch them when they play near you!

TH&TH put on an epic show, mixing in new tracks from Living Mirage with... more

Sound good to you? Share this page on social media and let your friends know about The Head and The Heart at Minneapolis Armory.