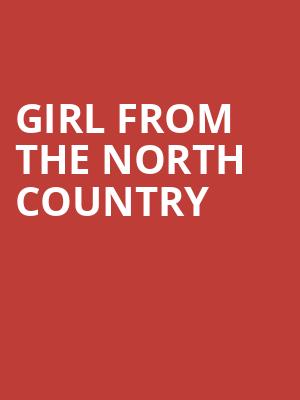 All graphics, logos, and/or other trademarks are the property of the official production. Please note that the images are used are from the original off-Broadway production and may not reflect the Broadway cast.

Girl From The North Country

A fluent fusion of seeming incompatible elements, "Girl" occupies territory previously unmapped on Broadway, and it speaks its own hypnotic language.

Why See Girl From The North Country?

After a Tony-nominated run on Broadway and five-time Olivier award-nominated run in London, this critically acclaimed Public Theater production is headed out on tour! Conor McPherson's (book and director) Girl From The North Country features the music of Bob Dylan, and tells the story of one small town in Minnesota who are left reeling from the Great Depression.

In this spellbinding and exquisite musical we dive beneath Dylan's iconic work and discover the extraordinary characters that inspired him. Featuring songs like "Hurricane", "Tight Connection To My Heart" and the titular "Girl From The North Country" this ethereal and folksy tuner will transport you to Depression-era Duluth, where we meet a boarding house owner on the edge of ruin and the citizens of the town who flock to it. Some are there for the long haul, some are there fleetingly, but within each lies equal measures of tragedy, hope, and humanity.

With heart-wrenching stories fused with goose-bump-inducing arrangements, Girl From The North Country is sure to capture Broadway's heart.

From London To Broadway

Two hours and 30mins with one intermission

Directed and written by Conor McPherson
Music by Bob Dylan

This is a review of Girl From The North Country when it debuted at the London Old Vic in 2017. We will update this review as soon as we have one from Broadway!

Seen Girl From The North Country? Loved it? Hated it?

Sound good to you? Share this page on social media and let your friends know about Girl From The North Country at Orpheum Theater.