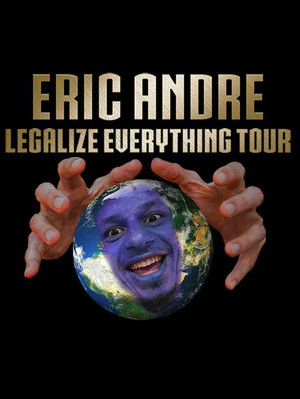 Comedian and Adult Swim star Eric Andre is hitting the road on an extensive world tour and bringing his surreal comedy with him. Hailed as his biggest tour ever, the Legalize Everything tour will see him landing on American soil in September before departing for the land down under in December. Make sure you don't miss Andre's surreal comedic style when he comes to your town!

Best known as the host and creator of Adult Swim series The Eric Andre show, this hilarious genius has more ideas up his sleeve for 2019. You can also expect to hear him voicing Azizi in the upcoming remake of The Lion King!

Sound good to you? Share this page on social media and let your friends know about at Pantages Theater.