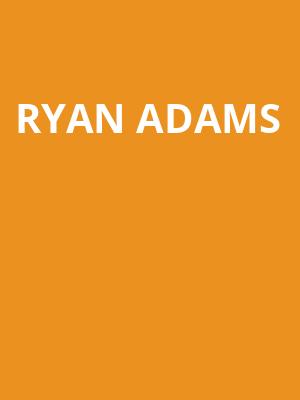 For Ryan Adams, whose unpredictability has kept fans enthralled for nearly 20 years, the next step is to slow down and let a little sunshine in.

Note to self, see Ryan Adams.

The Alt-country singer songwriter is back on the road, zig-zagging the country with his sound. Since emerging in the early 00s, Adams has met with critical acclaim for his intimate and honest output. His first record, Heartbreaker was introduced the world to his bitter-sweet mind and he was touted as the new Gram Parsons.

Since his debut, he has made intense and incredible music that speaks to the nation. From gaining a certain reputation in his early career, he has explored his life experience, leading to a more mature approach. He has since collaborated with artists as diverse as Willie Nelson and Weezer, and released a full album cover of Taylor swift's 1989.

Awesome show!!!! He was amazing! more

Amazing performance. He is such a talented singer songwriter and guitar... more

Sound good to you? Share this page on social media and let your friends know about Ryan Adams at State Theater.