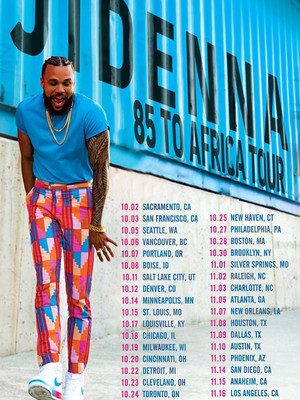 From the beginning, Jidenna is defying categorization at every turn; his musical range is impressive and thoughtful.

Inventor and innovator of the heady blend of R&B and hip-hop he christened Swank, Jidenna Theodore Mobisson, known by his first name in the biz, broke into the pop mainstream with 2015's Hot 100 smash hit single Classic Man. Don't miss him as he brings his new Afrobeat-tinged tour across the US.

Jidenna is never constrained by a single genre, bending boundaries by exploring his Nigerian-American heritage, fusing afrobeat style dancehall with minimal, electronic hip hop beats. The grammy-nominated rapper has returned to the US for a domestic tour inspired by his time in Africa and his latest album offering '85 to Africa'.

Sound good to you? Share this page on social media and let your friends know about Jidenna at First Avenue.