Sorry! You missed The Office! A Musical Parody at Pantages Theater 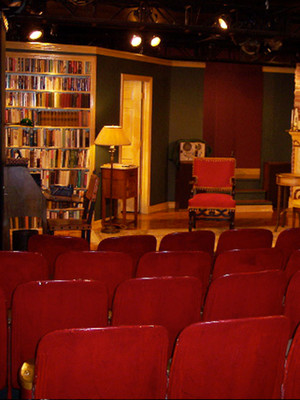 You can catch The Office! A Musical Parody at Anne L. Bernstein Theater in New York, showing Until Nov 13, 2022

The Office! A Musical Parody is also touring to:

View the entire The Office! A Musical Parody tour

The Office! A Musical Parody

Sometimes I'll start a sentence and I don't even know where it's going. I just hope I find it along the way.

Why See The Office! A Musical Parody?

The Office Gets An Hilarious Musical Makeover

The doors of Dunder Mifflin are opening once more! Running for nine seasons and 201 episodes, four-time Emmy Award-winning sitcom The Office entertained audiences with its off-the-wall brand of cringe comedy and instantly-quotable one-liners. It's funniest moments are lovingly lampooned in this brand new parody, brought to the stage by the creative team behind the cult hit musical parodies of Friends and Full House, Bob and Tobly McSmith.

Spend a day at Scranton, Pennsylvania's third largest paper business, in the company of an office of mismatched individuals led by Michael Scott, the totally tactless, insensitive and imbecilic regional manager who somehow still comes off as loveable. With song and dance numbers like 'Welcome to Diversity Day', 'Goodbye Toby, You're The Worsty' and 'That's What She Said', the send-up combines the asides and straight-to-camera monologues of the TV show's 'mockumentary' style and the razzle-dazzle of musical theater with hilarious results.

If you are a fan of The Office don’t miss this show. The cast is incredibly... more

Charlie: “What an Opening! That’s What She Said! ”

Well, what can one say? Admittedly at first I was a little reserved about... more

Sound good to you? Share this page on social media and let your friends know about The Office! A Musical Parody at Pantages Theater.