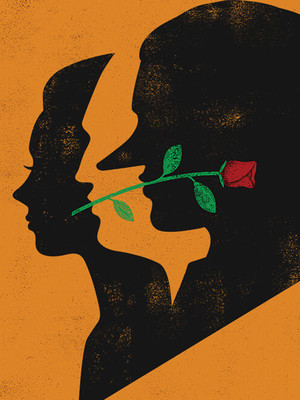 From swashbuckling to comic, from romantic to heartbreaking.

Enter the world of Cyrano de Bergerac and find yourself immersed in one of swordplay, romance, superficiality, and hilarity as an impossible love triangle is revealed.

Originally written by Edmond Rostand in 1897 and later adapted for film, Cyrano believes no-one could ever love him because of his alarmingly large nose. Secretly, Cyrano is in love with Roxane, but because of his self-doubt promises Cyrano agrees to help his dim-witted peer Christian win Roxane's affections by writing love letters, poems, and soliloquies for Christian to offer Roxane as his own.

When Christian realizes that it's Cyrano's qualities that Roxane loves, not his own, he goes off to a battle, telling Cyrano to tell Roxane the truth; but despite Christian's blessing, Cyrano stays quiet and it isn't until he is dying, years later, that he visits Roxane and recites one of his love letters, that Roxane finally knows its Cyrano she has fallen for.

Sound good to you? Share this page on social media and let your friends know about Cyrano De Bergerac at Mcguire Proscenium Stage.