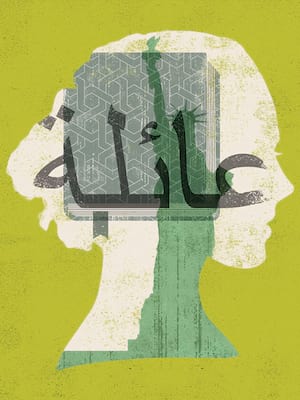 ...an intriguing exploration of marriage, motherhood, heritage, and community

Premiering in New York in 2018, Lucille Lortel Award-winning Iraqi American playwright Heather Raffo's heavy-hitting drama Noura was praised for its nuanced portrayal of the intricacies of motherhood, marriage and the concept of home. The compelling, complex and insightful character portrait receives its Minneapolis debut as part of the Guthrie Theater's brand new 2018/19 season programming.

Driven by its title character, Noura has distinct parallels to Ibsen's A Doll's House. When the audience first meets Noura, both her son and herself have received American citizenships and passports, replete with Americanized names - Noura is now Nora in the west. The loss of the 'u' is heavy with symbolism, and as Noura attempts to hold onto her Iraqi culture as memories of a besieged Mosul give way to cheerful capitalist Christmas time in the US, she makes contact with another Iraqi refugee with startling results.

Seen Noura? Loved it? Hated it?

Sound good to you? Share this page on social media and let your friends know about Noura at Mcguire Proscenium Stage.